According to the Docker docs:

The rest of this page also relies heavily on the Docker Docs.

The Docker Engine is a client-server application that includes a server (a long-running daemon process that listens to API requests, dockerd), a REST API (specifies the interface that programs can use to talk to the daemon), and a command line interface (CLI) (the client side, docker).

The CLI uses the REST API to control or interact with the Docker daemon. The daemon creates and manages Docker objects, such as images, containers, etc. 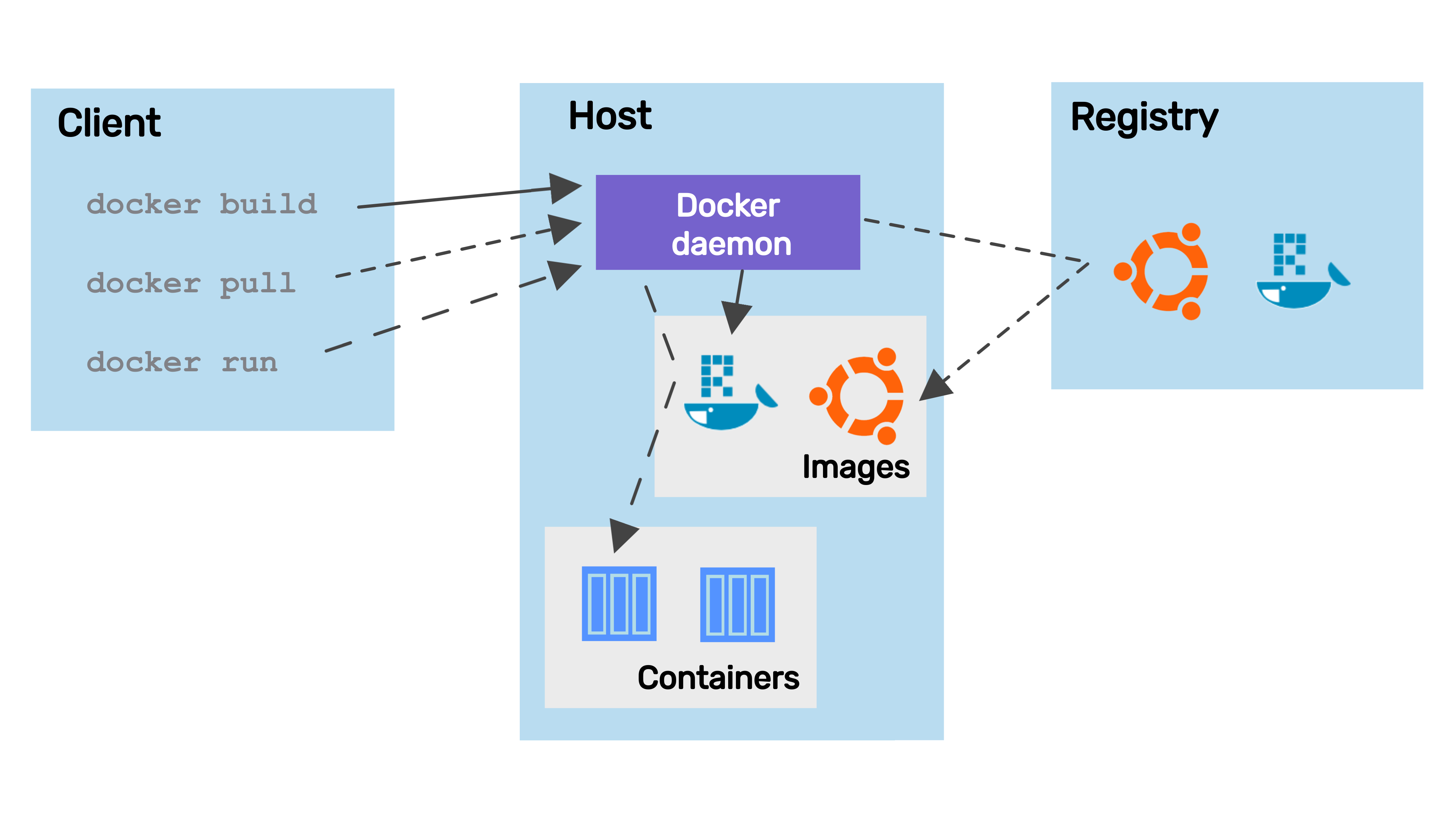 A Docker registry stores Docker images. Docker Hub is a public registry and Docker is configured to look for images on Docker Hub by default. There are many other registries, or users can have their own private registry.

An image is a read-only template with instructions for creating a Docker container. An image can be based on another image with additional customization on top of this so called base image.

A container is a runnable instance of an image. Users can create, start, stop a container using the Docker API or CLI. It is also possible to connect a container to networks or attach storage to it.

Docker builds images by reading the instructions from a Dockerfile. A Dockerfile is a text document that contains all the commands to assemble an image Using the docker build CLI command. We will learn more about the Dockerfile as part of the worked Shiny example.

The most common Docker CLI commands are:

We will learn more about these commands as part of the worked Shiny example.